The Tui is an excellent utility putt and approach disc. With a strong throw the Tui will hold a turnover and won’t fade back.

Tūī are unique to New Zealand and belong to the honeyeater family, which means they feed mainly on nectar from flowers of native plants. Tūī can be found throughout the three main islands of New Zealand. They are scarce only in drier, largely open, country east of the Southern Alps. They live in native forests, bush reserves, and bush remnants.

These attractive birds can often be heard singing their beautiful melodies before they are spotted. You will recognize them by their distinctive white tuft under their throat.

They are important pollinators of many native trees and will fly large distances, especially during winter for their favorite foods. They feed mainly on nectar from flowers of native plants such as kōwhai, puriri, rewarewa, kahikatea, pohutukawa, rātā and flax. Occasionally they will eat insects too. 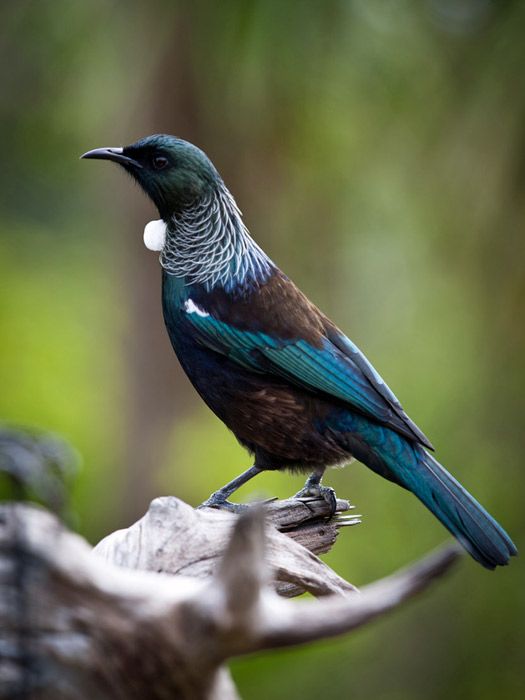